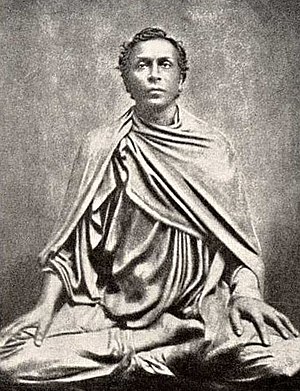 Anagārika Dharmapāla (Pali: Anagārika; 17 September 1864 – 29 April 1933) was a Sri Lankan (Sinhalese) Buddhist revivalist and writer. He was one of the founding contributors of non-violent Sinhalese Buddhist nationalism and Buddhism. He was also a pioneer in the revival of Buddhism in India after it had been virtually extinct there for several centuries. Along with Henry Steel Olcott and Helena Blavatsky, the creators of the Theosophical Society, he was a major reformer and revivalist of Sinhala Buddhism and an important figure in its western transmission. He also inspired a mass movement of South Indian Dalits including Tamils to embrace Buddhism, half a century before B. R. Ambedkar.[1]