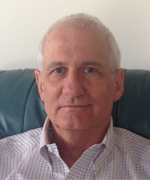 Artemus B. Engle is a Buddhist scholar and translator; he is currently a Tsadra Foundation fellow.

He began studying the Tibetan language in Howell, New Jersey in early 1971 at Labsum Shedrup Ling, the precursor of the Tibetan Buddhist Learning Center. In 1972 he became a student of Sera Mey Khensur Lobsang Tharchin Rinpoche, a relationship that spanned more than thirty years. In 1975 he enrolled in the Buddhist Studies program at the University of Wisconsin in Madison and received a PhD in 1983. Since the mid 1980s he taught Tibetan language and Buddhist doctrine at the Mahayana Sutra and Tantra Center in Howell, New Jersey. In 2005 he became a Tsadra Foundation Translation Fellow and has worked primarily on the Pañcaskandhaprakaraṇa and the Bodhisattvabhūmi.[1]