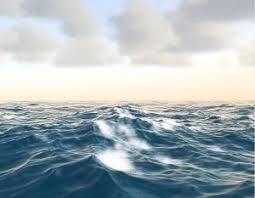 Auddhatya is sometimes compared to water whipped by the wind.

Restlessness (or agitation) has the characteristic of disquietude, like water whipped by the wind. Its function is to make the mind unsteady, as the wind makes a banner ripple. It is manifested as turmoil. Its proximate cause is unwise attention to mental disquiet.[1]

In the Visuddhimagga (II, Part IX, Chapter I, 250) gives the following definition of uddhacca:

...It has mental excitement as characteristic like wind-tossed water; wavering as function, like a flag waving in the wind; whirling as manifestation like scattered ashes struck by a stone; unsystematic thought owing to mental excitement as proximate cause; and it should be regarded as mental distraction over an object of excitement.[3]

Uddhacca is not the same as what we mean by “restlessness” or “agitation”, used in conventional language. When we use the word restlessness we usually think of aversion and unpleasant feeling. However, uddhacca arises with each akusala citta, not only with citta rooted in aversion, dosa-mūla-citta, but also with citta rooted in attachment, lobha-mūla-citta, and citta rooted in ignorance, moha-mūla-citta. When there is uddhacca we are forgetful as to kusala, we are unable to apply ourselves to any kind of kusala. Even when there is pleasant feeling, for example, when we are attached to a quiet place, there is restlessness, uddhacca, which arises together with lobha-mūla-citta. We may think that we are calm at such a moment, but we have actually “mental excitement”.[3]

What is auddhatya? It is restlessness of mind which is associated with passion-lust (raga) that gets involved with things considered to he enjoyable. Its function is to obstruct quietness.[4]

Excitement is the fascination with an attractive object and belongs to the category of desire. It is a mental incapacity due to the mind moving towards an object, and it causes restlessness. It is a hindrance to calm abiding.[5]

Flightiness of mind (rgod-pa) is a part of longing desire (raga). It is the subsidiary awareness that causes our attention to fly off from its object and to recollect or think about something attractive that we have previously experienced instead. Thus, it causes us to lose our peace of mind.[2]

Excitation is a technical term that specially pertains to meditation: The mind is agitated because it is drawn away compulsively to some object of desire.[6]