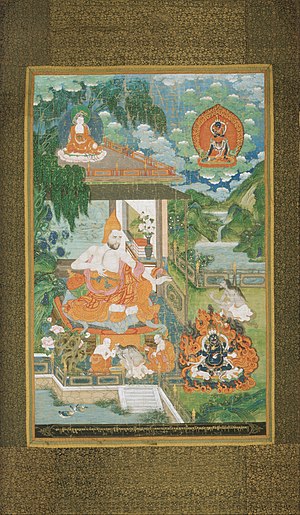 He was critical of Buddhapalita’s interpretation of Nagarjuna’s classic work Mulamadhyamaka-karika, because he believed Buddhapalita should have put forward independent logical arguments, rather than simply pointing out the flaws in others’ positions. The great master Chandrakirti later defended Buddhapalita’s approach and sought to refute Bhavaviveka.

Trying to reach the great mansion
Of the authentic nature of reality
Without the steps of the authentic relative
Is not an approach the wise should take.