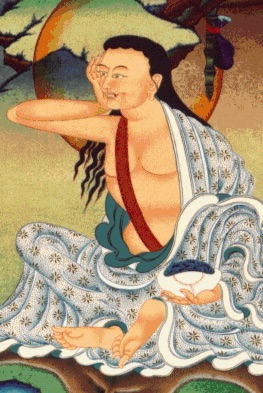 The eight worldly concerns or eight worldly dharmas (Skt. aṣṭalokadharma; P. aṭṭhalokadhamma; T. འཇིག་རྟེན་ཆོས་བརྒྱད་, ‘jig rten chos brgyad) are a set of worldly or mundane concerns that generally motivate the actions of ordinary beings.[1] They are:

Preoccupation with these worldly concerns is said to be an obstacle to genuine spiritual practice.

Real dharma practice is free from the eight worldly concerns. To review the eight worldly concerns, they are being rich or poor, which could also be described as gain or loss; being powerful or powerless; having a good reputation or a bad reputation; and having pleasure or pain. Usually, we think that happiness comes from wealth, power, popularity, and pleasure, and that these four things will give us everything that we need—we will have “made it.” But from a spiritual point of view, these things are not the answer. Being rich is not a source of happiness, and being poor is not a source of happiness. Being powerful does not bring happiness, and being powerless does not bring happiness. It is the same with being well-known or unknown, and having pleasure or pain. Lasting peace and happiness do not depend on outer conditions; they come from seeing in a clear way. When your mind is focused on any of the eight worldly concerns, whether on the positive side or the negative side, your activities are not following the dharma.[2]

These eight worldly concerns are: gain and loss, pleasure and pain, praise and blame, and fame and disgrace.
These are the concerns that pervade most people's daily lives. They are pervasive precisely because they are mistaken for effective means to attain happiness and to avoid suffering. For example, many of us, driven by the concerns of gain and loss, work to acquire an income so that we can buy the things that money can buy, some of them necessities but often many of them unnecessary things that we believe will bring us happiness. We also earn money so that we can avoid the misery and humiliation of poverty.
Again, experiencing pleasure and avoiding pain are the primary motivations for a majority of our activities. We engage in many actions — some of which may seem spiritual — for the sake of immediate satisfaction or relief. For example, if we have a headache we may take aspirin, or sit and meditate hoping the headache will go away. These remedies may lead to temporary relief from discomfort, but that is where their effectiveness ends.
Praise and blame is the next pair of worldly concerns, and even a little reflection reveals the great extent to which our behavior is influenced by desire for praise and fear of blame. The final pair, fame and disgrace, includes seeking others' approval, affection, acknowledgment, respect, and appreciation, and avoiding the corresponding disapproval, rejection, and so on.
The reason for drawing attention to these eight worldly concerns is not to show that they are inherently bad. It is not bad to buy a car, enjoy a fine meal, to be praised for one's work, or be respected by others. Rather, the reason for pointing them out is to reveal their essentially transient nature and their impotence as means to lasting happiness.[3]

Nagarjuna states that we have to be careful in terms of how we understand these sets of factors. We should not think the “eight worldly dharmas” means that we should not have them or that we should go out of our way not to gain anything, or not think that being praised is better than being denigrated. It means that we should not look for them too much and we should not care too much whether people are praising us or putting us down or that one wants any kind of pain. It also means that we should be able to handle losses when they occur and not be thrown into a deep state of depression or despair. As Nagarjuna states, even highly advanced spiritual people still experience all of these things. They may experience gain, praise, and all of these things. They are not shunned; it does not mean that one has to shun them. What it does mean is that one should not be obsessed about going overboard in terms of trying to have more wealth and more properties or trying to make sure that people are praising us and not denigrating us. This is another thing that a Buddhist practitioner should try to find a balance with. Being in the world, we cannot avoid them. Again, it is about attitude; it is how we handle the “eight worldly dharmas” that determines whether we are going to lead a good life or a bad one.[4]

These eight worldly concerns are a huge problem. They’re the first level of things that we really have to deal with in our practice. Like I told you last time, my teacher Zopa Rinpoche would do a whole month-long mediation course on the eight worldly concerns really to emphasize to us to pay attention to these. If we don’t work on these eight, what else are we going to work on? We say that we are Dharma practitioners, well, if we’re not working on overcoming these eight, then what are we doing in our Dharma practice? What are we working to overcome if it’s not these basic principal eight things that come at the beginning? How are we going to overcome dualistic appearances if we can’t even give up our chocolate? How are we going to overcome selfishness if we cannot endure a little bit of blame, or whatever? So if we’re not working on these eight, then we have to ask ourselves, “What am I doing in my practice? What does practicing Dharma mean?” Practicing Dharma means transforming our mind. It doesn’t mean just looking on the outside like we’re a Dharma practitioner. It means actually doing something with our mind. These eight are the foundation that we really have to work with—so plenty of work to do here.[5]

Letting go of our preoccupation with the things of this life involves giving up the eight worldly concerns, which in short depends on overcoming attachment to food, clothing and reputation. Many meditators, scholars and monks happily forego good food and clothing, and live a simple life, yet they remain attached to a good reputation, which is hardest to give up. Above the entrance to the cave it may say, "Retreat in progress. Do not disturb," but inside the retreatant is hoping for recognition as a great meditator. The scholar has hopes of acclaim for his great knowledge and the monk for his pure morality. Such thoughts attract obstacles and prevent anything valuable from being accomplished. If letting go of our attachments is the door to pure practice, we must look within and see where we stand. It is not easy to be a true practitioner.[6]

The World Knower has said:[7]
Gain and loss, pleasure and pain,
Pleasant words and unpleasant words, praise and blame—
These are the eight worldly concerns.
Do not allow these concerns occupy your mind;
Regard them with equanimity.[8]

— Letter to a Friend by Nagarjuna

My system is to eradicate the belief in the self, to cast the eight ordinary concerns to the winds, and to make the four demons feel embarassed.[9]

What the Lord of Men, the Conqueror, mainly taught
Was how to be rid of the eight ordinary concerns.
But those who consider themselves learned these days--
Haven't their ordinary concerns grown even greater than before?

The Conqueror taught rules of discipline to follow
So that one could withdraw from all worldly tasks.
But the monks of today who follow those rules--
Aren't their worldly tasks not more numerous than before?

He taught how to live like the rishis of old
So that one could cut off ties with friends and relations.
But those who live like rishis these days--
Don't they care how people see them even more than before?

In short, all dharma is useless
If practiced without remembering death.[10]

The precious guru said: Whatever good dharma practice you do—whether study, reflection, listening, teaching, keeping the precepts, accumulation, purification, or meditation—should not become just another activity. Instead, dharma practice should be transformative. If you wonder what this means, a scripture says:

Attachment, anger, and delusion
And the actions created by them are unvirtuous.

As well, even virtuous deeds are ordinary actions if they are done to obtain the happiness of gods and humans in this life, or if your intention is degraded or based on the eight worldly concerns.[2]

The eight worldly concerns are like a snare.
Exhausted by meaningless effort, we end our lives in dissatisfaction.
Meditate well on renunciation.
This is my heart advice.[12]

— The Jewel Treasury of Advice by Drikung Bhande Dharmaradza

No matter where you stay, be it a busy place or a solitary retreat,
The only things that you need to conquer are mind’s five poisons
And your own true enemies, the eight worldly concerns,
Nothing else.
Whether it is by avoiding them, transforming them, taking them as the path, or looking into their very essence,
Whichever method is best suited to your own capacity.[13]

— Words of Advice from Chatral Rinpoche

The eight worldly concerns are referenced in the following suttas: