From Encyclopedia of Buddhism
(Redirected from Ekaggatā)
Jump to: navigation, search 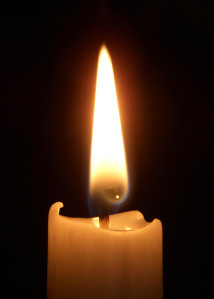 The example of "the steadiness of a lamp in the absence of wind" is used in the Atthasālinī to describe ekagatta and/or samadhi.

Ekaggatā (Pali; Skt. ekāgratā T. rtse gcig རྩེ་གཅིག་; C. yijing xing 一境性) is translated as "one-pointedness" or "concentration". In the Pali tradition, ekaggatā is defined as a mental factor that has the function to focus on an object.[1]

Ekaggatā is identified within the Buddhist teachings as:

This is the unification of the mind on its object. Although this factor comes to prominence in the jhānas, where it functions as a jhāna factor, the Abhidhamma teaches that the germ of that capacity for mental unification is present in all types of consciousness, even the most rudimentary. It there functions as the factor which fixes the mind on its object. One-pointedness has non-wandering or non-distraction as its characteristic. Its function is to conglomerate or unite the associated states.[3]

Bhikkhu Bodhi also explains that at the level of profound concentration (i.e. in the jhanas), it manifests as peace, and its proximate cause is happiness.[3]

This concentration, known as one-pointedness of mind, has non-scattering (of itself) or non-distraction (of associated states) as characteristic, the welding together of the coexistent states as function, as water kneads bath-powder into a paste, and peace of mind or knowledge as manifestation. For it has been said: 'He who is concentrated knows, sees according to the truth.' It is distinguished by having ease (sukha) (usually) as a proximate cause. Like the steadiness of a lamp in the absence of wind, so should steadfastness of mind be understood.[1]

This is the factor of absorption that arises dependent on bringing to mind, non-involvement and evaluation. It occurs in meditation when the quality of ease has calmed rapture and the mental energy; the energy of focusing and the bodily energy are in harmony. The resultant merging of mind and body is experienced as a firmness in awareness, which is hence not penetrated by sense-impressions.[4]

In the Pali tradition, cittekaggatā [alt. citt'ekaggatā] is sometimes uses interchangably with the mental factor of ekaggatā in the context of the jnanas. Though it seems that cittekaggatā is referring to a specific (higher) level of ekaggatā.

Singleness of preoccupation; "one-pointedness." In meditation, the mental quality that allows one's attention to remain collected and focused on the chosen meditation object. Ekagattārammana reaches full maturity upon the development of the fourth level of jhāna.[5]

Five factors related to the first jhana -- medition on the breath

Ajaan Lee Dhammadharo describes the mental factors related to the first jhana within the contexts of meditation on the breath.

To think of the breath is termed vitakka, directed thought. To adjust the breath and let it spread is called vicara, evaluation. When all aspects of the breath flow freely throughout the body, you feel full and refreshed in body and mind: This is piti, rapture. When body and mind are both at rest, you feel serene and at ease: This is sukha, pleasure. And once you feel pleasure, the mind is bound to stay snug with a single preoccupation and not go straying after any others: This is ekaggatarammana, singleness of preoccupation. These five factors form the beginning stage of Right Concentration.[6]

Ekagrata (T. rtse gcig) is also the first of the four yogas of Mahamudra.[7]

The term cittaikāgratā (one-pointedness of mind) is used in the contexts of the stages of Dhyana.