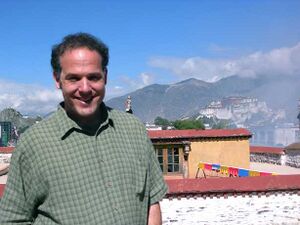 James Blumenthal (1967-2014) was an associate professor of Buddhist philosophy at Oregon State University and founding faculty member in Buddhist Studies at Maitripa College.

His published works include:

In 2004 he translated Nagarjuna’s Sixty Stanzas on Reasoning for His Holiness the Dalai Lama on the occasion of his public teachings on the text in Pasadena, California.