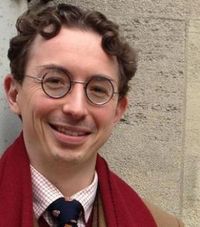 He undertook postgraduate research at the Faculty of Philosophy, University of Cambridge; his doctoral supervisor was Michael Potter.[3] He completed his PhD degree in 2003, with a doctoral thesis titled "An inquiry into the notion of an ontological category".[6] He undertook research for a second doctorate, this time in Oriental studies, at the School of Oriental and African Studies, University of London (SOAS).[4] He completed his second PhD in 2007 with a doctoral thesis titled "Nagarjuna's Madhyamaka: A Philosophical Investigation".[7]