Mahayana (S. mahāyāna; T. theg pa chen po; C. dasheng; J. daijō; K. taesŭng 大乘).[1] Literally "Great Vehicle". A movement within the Sanskrit tradition that developed around 100 CE, approximately four hundred years after the passing of the Buddha. The movement was based on a set of sutras now known as the Mahayana sutras. 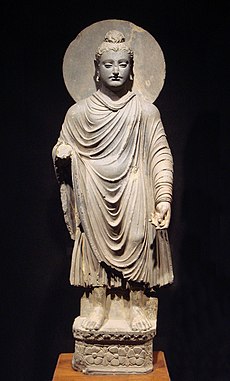 The major philosophical school that assert the Mahayana view are: