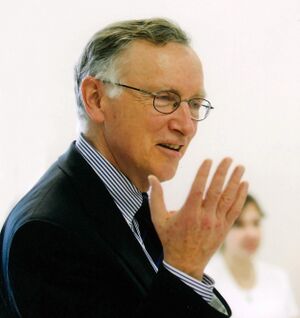 Malcolm David Eckel is Professor of Religion and Director of the Institute for Philosophy and Religion at Boston University. He received a B.A. from Harvard University, a B.A. and M.A. from Oxford University, and a Ph.D. in the Study of Religion from Harvard. His scholarly interests include the history of Buddhist philosophy in India and Tibet, the relationship between Buddhism and other Indian religions, the expansion and adaptation of Buddhism in Asia and the West, Buddhist narrative traditions and their relationship to Buddhist ethics, and the connection between philosophical theory and religious practice.

Before joining the faculty at Boston University, he served as Associate Professor at Harvard Divinity School and as Administrative Director of the Harvard Center for the Study of World Religions.

He is the editor of two volumes of essays: