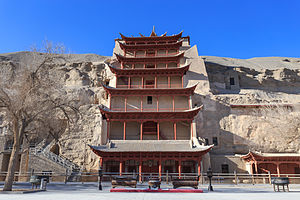 The Mogao Caves are the best known of the Chinese Buddhist grottoes and, along with the Longmen Grottoes and Yungang Grottoes, are one of the three famous ancient Buddhist sculptural sites of China.