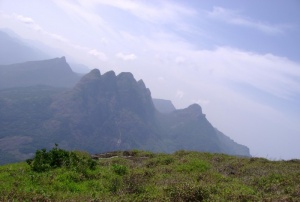 Pothigai Malai in Tamil Nadu, proposed to be the original Mount Potalaka in India

The mountain is first mentioned in the final chapter of the Avataṃsaka Sūtra, the Gaṇḍavyūha Sūtra, where the chapter's protagonist journeys to seek the advice of Avalokiteśvara.

The Japanese scholar Shu Hikosaka, on the basis of his study of Buddhist scriptures, ancient Tamil literary sources, as well as field survey, proposes the hypothesis that, the ancient mount Potalaka, the residence of Avalokiteśvara described in the Gaṇḍavyūha Sūtra and Xuanzang’s Great Tang Records on the Western Regions, is the real mountain Potikai or Potiyil situated at Ambasamudram in Tirunelveli district, Tamil Nadu.[2] Shu also says that mount Potiyil / Potalaka has been a sacred place for the people of South India from time immemorial.[2]

With the spread of Buddhism in the region beginning at the time of the great king Aśoka in the third century BCE, it became a holy place also for Buddhists who gradually became dominant as a number of their hermits settled there. The local people, though, mainly remained followers of Hinduism. The mixed Hindu-Buddhist cult culminated in the formation of the figure of Avalokiteśvara.[3] 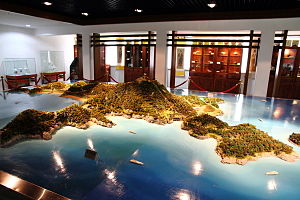 Later Japanese Buddhists, such as the Japanese Yogacara monk Jōkei, espoused aspiring rebirth on Mount Potalaka as an easier way to attain progress on the Buddhist path than the more well-known pure land of Amitābha.[4]

Places named after Mount Potalaka include: