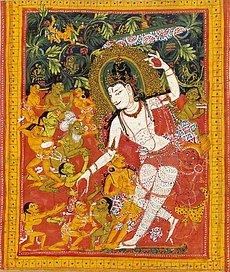 The Garland of Radiant Light states:

What are the ten paramitas?
(1) Generosity, giving without attachment;
(2) discipline, not failing to apply oneself to accepting and rejecting in the correct manner;
(3) patience, being unaffected by anger and the other factors that conflict with it and free from becoming upset;
(4) diligence, taking joy in virtue and practicing it consistently;
(5) concentration, the mind's resting one-pointedly and not moving from its focal point;
(6) knowledge, clearly discerning [the nature of] all phenomena;
(7) skillful means, which allows one to accomplish great benefit for oneself self and others with ease;
(8) aspiration, gathering vast accumulations of virtue without interruption;
(9) power, which keeps fundamental virtues from dissipating and subdues conflicting factors; and
(10) the wakefulness that penetrates the ultimate meaning in accordance with the principles of the Great Vehicle's intent.[4]

In the Pali tradition, the path of the bodhisattvas is described in terms of ten paramis: