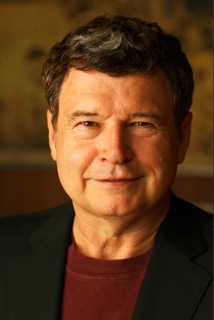 Moffitt attended the University of Tennessee at Knoxville where in 1966 he helped found the Tennessee Intercollegiate State Legislature, an annual legislative session held by Tennessee college students. After graduating in 1971 with a M.S. in Economics, Moffitt co-founded 13-30 Corporation with Chris Whittle and served as editor-in-chief and president from 1974-1983. In 1979, 13-30 Corporation purchased Esquire magazine and Moffitt served as chief executive officer and editor-in-chief until 1987.[2] Upon selling Esquire to Hearst Magazines, he left the publishing enterprise he created to begin a period of personal exploration that included studying mindfulness meditation and Theravada Buddhism.[3] In 2001, Moffitt was ordained to teach vipassana meditation.[4] His teaching is influenced by Ajahn Sumedho and his teacher Ajahn Chah.[5] Moffitt is the founder of the Life Balance Institute, a non-profit organization dedicated to the study and practice of spiritual values in daily life.[6] He also founded the Marin Sangha in San Rafael, Calif., and from 1998 until 2007 he was a contributing editor for Yoga Journal.[7] Phillip is a member of the Guiding Teachers Council, and teaches regularly, at Spirit Rock Meditation Center in Woodacre, California.

Dancing with Life: Buddhist Insights for Finding Meaning and Joy in the Face of Suffering ISBN 1-59486-353-9