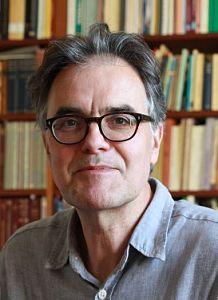 His main area of research is the history and development of Buddhist thought and practice in the Nikayas and Abhidhamma. His major publications include The Buddhist Path to Awakening and Sayings of the Buddha: New translations from the Pali Nikayas. His 1998 book The Foundations of Buddhism is frequently used in university-level classes on Buddhism in English-speaking countries.

Gethin is a practicing Buddhist. He initially studied meditation in the Samatha Trust organization, which has its roots in the meditation practice of Nai Boonman, a former Thai Theravadan Buddhist monk. Gethin has led a class on mindfulness of breathing in Bristol since the 1990s.