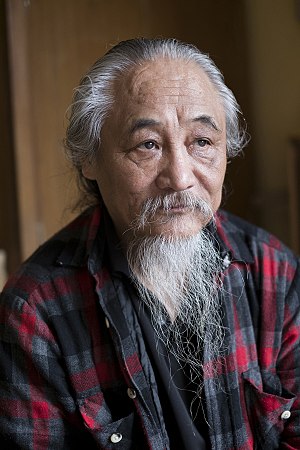 Tashi Tsering was born in 1960. He is a founding director of the Amnye Machen Institute. He is also affiliated with the Library of Tibetan Works and Archives, and editor of several Tibetan journals, including the Journal of Tibet.[3]

Tashi Tsering studied at the Central School for Tibetans Dalhousie in northern India from 1963 to 1971. He studied the history of Tibet, Tibetan literature and Buddhism with Khetsun Sangpo Rinpoche, Dzogchen Khenpo Thubten Phuntsok Rinpoche and Rai Bahadur Burmiok Athing.

He also received teachings from the 14th Dalai Lama and other important teachers such as the 16th Karmapa, Dilgo Khyentse Rinpoche, the 4th Dodrupchen Rinpoche, the 4th Garje Khamtrul Rinpoche and Khunu Geshe Rigzin Tempa.

He was appointed consultant to the Namgyal Institute of Tibetology by its director, Tashi Densapa.

In the documentary Angry Monk, reflections on Tibet (2005) about Gendun Chophel directed by Luc Schaedler, he is interviewed as an expert.

He compiled the longest calligraphy of Tibetan prayers, conducted by the calligrapher Jamyang Dorjee Chakrishar.[5]

He received several awards from the Tibetan community.