Bernie Glassman (born January 18, 1939) is an American Zen Buddhist roshi and founder of the Zen Peacemakers (previously the Zen Community of New York), an organization established in 1980. In 1996, he co-founded the Zen Peacemaker Order with his late wife Sandra Jishu Holmes. Glassman is a Dharma successor of the late Taizan Maezumi-roshi, and has to date given inka and Dharma transmission to several people.

Glassman has become known as a pioneer of social enterprise, socially engaged Buddhism and "Bearing Witness Retreats" at Auschwitz and on the streets. [1]

According to author James Ishmael Ford, as of 2006 he has,

...transferred his leadership of the White Plum Asanga to his Dharma brother Merzel Roshi and has formally "disrobed," renouncing priesthood in favor of serving as a lay teacher.

Bernie Glassman was born to Jewish immigrants in Brighton Beach,[1] Brooklyn, New York in 1939.[2] He attended university at the Brooklyn Polytechnic Institute and received a degree in engineering. Following graduation he moved to California to work as an aeronautical engineer at McDonnell-Douglas. He then received his Ph.D. in applied mathematics from the University of California, Los Angeles.[3]

Glassman first encountered Zen when he was assigned Huston Smith's The Religions of Man for an English class in 1958.[4] From there, he continued reading including books by Alan Watts, Christmas Humphreys, and D.T. Suzuki.[4] In the early 1960s, Glassman began meditating[4] and soon after sought a local Zen teacher.[4] He found Taizan Maezumi in Los Angeles, California[4] and Glassman became one of the original founding members of the Zen Center of Los Angeles. He received Dharma transmission in 1976 from Maezumi and then inka in 1995 shortly before Maezumi's death.[2]

In 1980, he founded the Zen Community of New York. In 1982[5] Glassman opened Greyston Bakery in Yonkers, New York, which initially provided jobs for the Zen students and evolved into an effort to help alleviate the widespread homelessness in the area.[6] The bakery provided jobs for inner city residents who lacked education and skills.[6] Greyston employed low-skilled workers from the neighborhood, many of whom were homeless themselves, and sold baked goods to shops and restaurants in Manhattan. In 1989 Glassman entered an agreement with Ben & Jerry's, and Greyston Bakery has become the supplier of brownies for several lines of ice cream.[7]

Through the success of his bakery-which in 2016 was earning $12 million in revenues- Glassman founded the Greyston Foundation (sometimes called Greyston Mandala) with his wife Sandra Jishu Holmes in 1989. He retired from the Greyston Foundation in 1996 to pursue socially engaged Buddhist projects through the Zen Peacemakers.[8] As of 2004 the Foundation had developed $35 million worth in real estate development projects in Westchester County, New York. The Foundation offers HIV/AIDS programs, provides job training and housing, child care services, educational opportunities, and other endeavors.[6] In 2003 the bakery moved to a new building, which allows for higher output and more employment opportunities.[7][9]

In 1996 Glassman, with his wife Sandra Jishu Holmes, founded the Zen Peacemaker Order. According to professor Christopher S. Queen, "The order is based on three principles: plunging into the unknown, bearing witness to the pain and joy of the world, and a commitment to heal oneself and the world."[1] Richard Hughes Seager writes, "The Zen Peacemaker Order...has the potential to rival Thich Nhat Hanh's groups and the Buddhist Peace Fellowship as a force in American activism."[10]

Glassman teaches about what his teacher, the late Taizan Maezumi, called the "unknowing." Not-knowing is the first tenet of the Zen Peacemakers, and Glassman says of it, "In Zen the words source and essence are the equivalent of Unknowing, and they come up again and again. We have the absolute and the relative perspectives about life, and Unknowing is the one source of both of these."[1] Also, Glassman has become known for his many "street retreats." Author James Ishmael Ford writes, "...'street retreats,' for instance, moves sesshin into the streets: participants eat in soup kitchens, and, if they know they're not displacing homeless people, sleep in homeless shelters or, otherwise, sleep in public places. Zazen takes place in parks."[2] 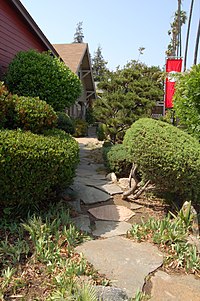 Bernie Glassmann has appointed several "senseis"[11] and "roshis." A number of his successors have also given dharma transmission to some of their own students:[11][12]