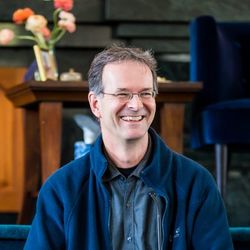 Karl Brunnhölzl, was born in Munich, Germany, and originally trained as a physician before becoming a Buddhist translator and teacher. He received his systematic training in Tibetan language and Buddhist philosophy and practice at the Marpa Institute for Translators, founded by Khenpo Tsultrim Gyamtso Rinpoche. Since 1989 he has been a translator and interpreter from Tibetan and English. He is presently involved with the Nitartha Institute as a teacher and translator.