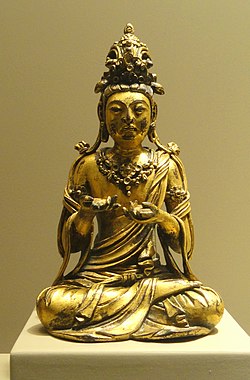 The definition of wisdom is: a mental factor that, focused on an object of inquiry, has the function of analyzing it by its own power. An example is a mental factor that analyzes properly the distinctions between gross and subtle atoms. The Compendium of Knowledge says: “What is wisdom? It fully differentiates the qualities of things to be investigated. It has the function of removing doubt.” So in terms of its function, it removes doubt and so on regarding its object.

“Differentiates” in the definition of the nature of wisdom means to differentiate individual objects without conflation. Wisdom (prajñā) and discernment (saṃjñā) are not the same: wisdom, by its own power, differentiates individual things, whereas discernment, by its own power, applies a classificatory convention to them. Also, wisdom, by its own power, eliminates doubt, whereas discernment does not eliminate it. Inquiry and analysis are also not the same as wisdom because those two, by their own power, do not eliminate doubt. Furthermore, one could explain the term wisdom, or prajñā in Sanskrit, by noting that it is an awareness (jñāna) that is excellent (pra) for seeking its object’s way of existing. Or it is called wisdom (prajñā) since it is an excellent (pra) form of knowing (jñāna).